The results of Renewable Energy Trip 2020

The Kazakh-German University with the support of the German Agency for International Cooperation (GIZ), the German Federal Ministry for the Environment, Nature Conservation and Nuclear Safety (BMU), the Ministry of Energy of the Republic of Kazakhstan and with the direct assistance of the Kazakhstan Solar Energy Association (SPAQ) carried out an educational trip «Renewable Energy Trip 2020” to study the best practices of renewable energy and is ready to share the results of the expedition. 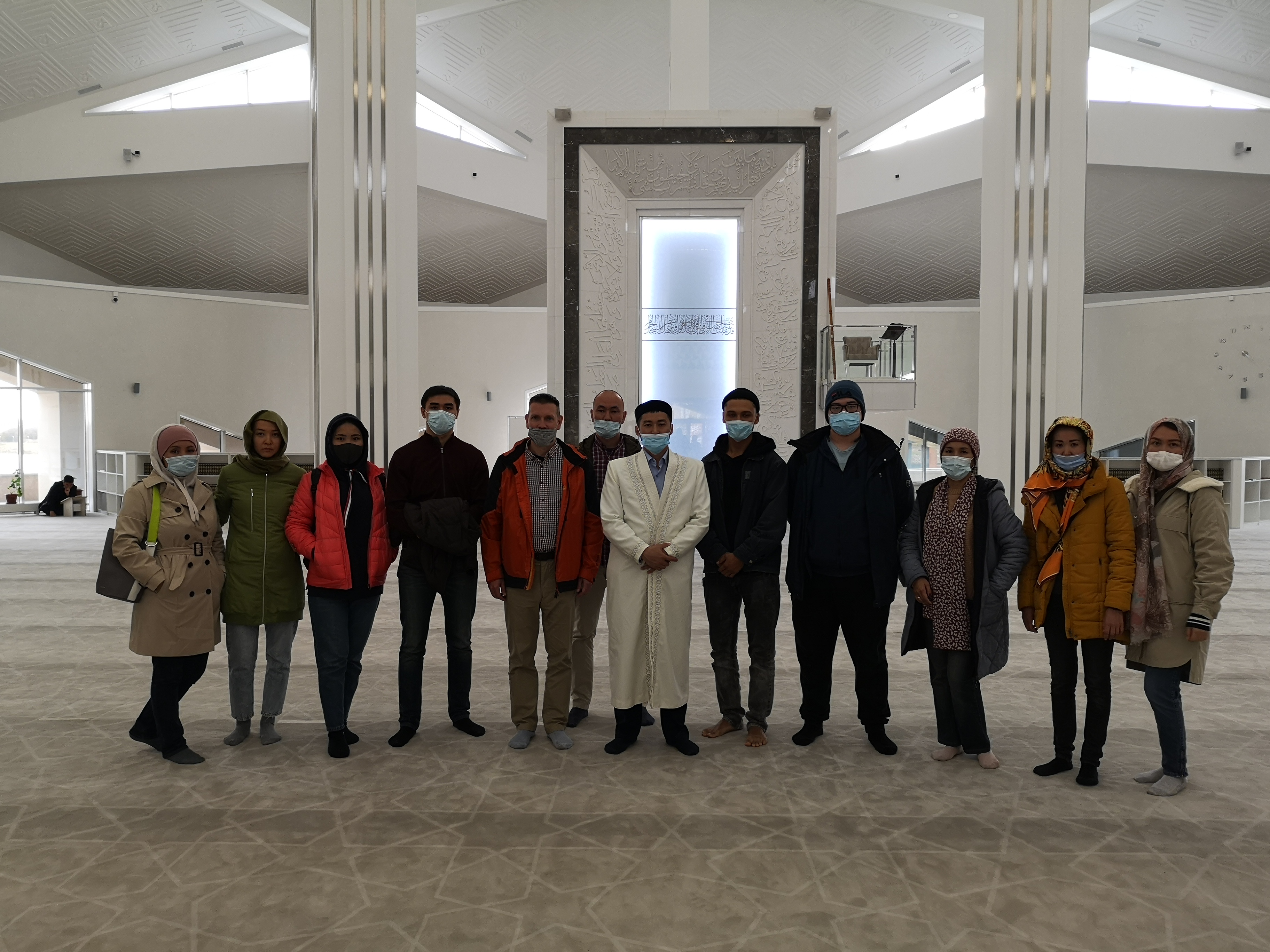 This expedition included not just visit of objects of the renewable energy sources (RES) located in Kazakhstan but also very active and involved discussion between speakers and participants on the opening and finishing round tables which are carried out on September 21 and 29, 2020.

At the round table held online in Almaty on September 21, participants met each other and were made presentations by representatives of such organizations as:

• Regional Director of the German Society for International Cooperation in Kazakhstan Jörg Pudelka;
• Head of the RES Department under the Ministry of Energy of the Republic of Kazakhstan Ainur Sospanova;
• Senior Investment Manager of Asian Development Bank Ksenia Rogan;
• Project Manager of EU/UNDP for Support of Kazakhstan's Transition to Green Economy (2015−2018) Gulzhamal Isaeva;
• Energy expert of the USAID regional program «Energy of the Future» Oleg Ryaskov;
• Representative of the Association of Universities of Kazakhstan Valery Dvornikov.

The main theme of the round table «Economic mechanisms for regulating and supporting renewable energy and mitigating the effects of climate change in Kazakhstan. The role of the state and international organizations» is seriously interested the participants and attracted them to the heated discussion of topical economic issues of regulation and control of the renewable energy sector by the state.

The expedition to renewable energy facilities in Kazakhstan was led by Alexey Kobzev, manager of renewable energy projects, Kazakh-German University, and began on September 21 including 2 territorial parts of the trip: the first took the route from Almaty, through Kapchagay, Taraz and to Kyzylorda; and the second continued after the flight to the city of Nur-Sultan in the Akmola and Karaganda regions. 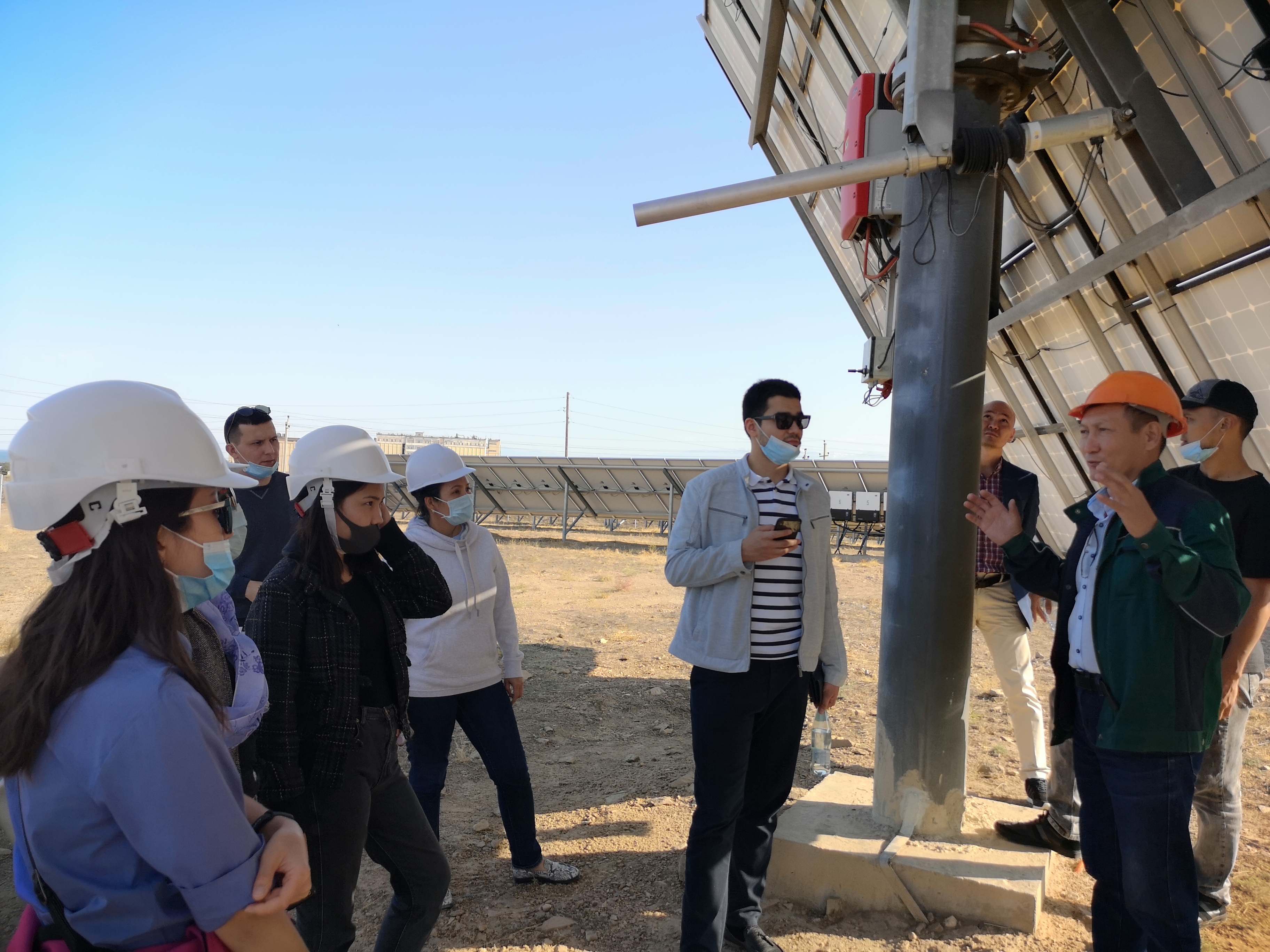 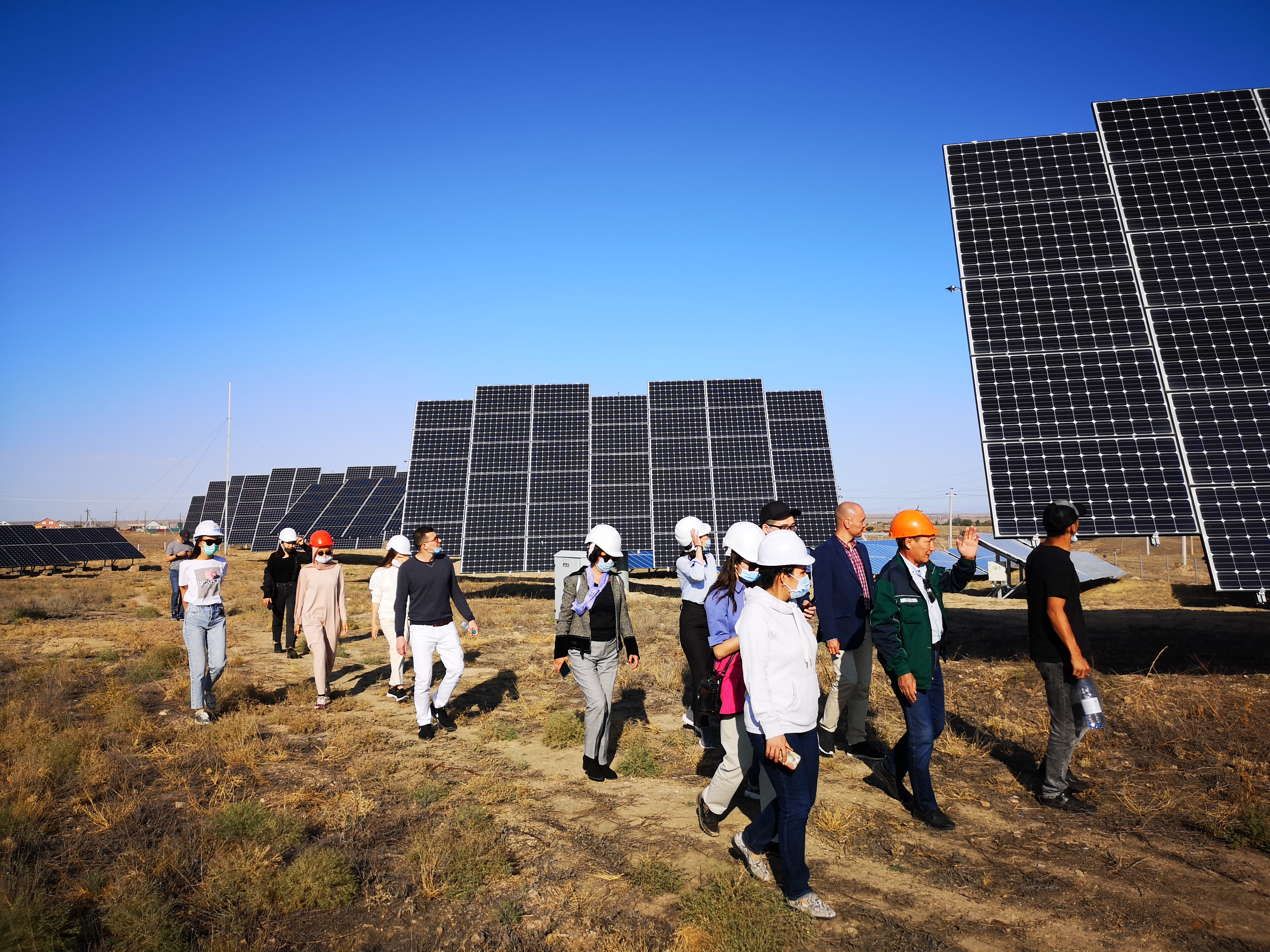 After the first part of the trip expedition members flew to Nur-Sultan, from where it continued its trip to facilities in Nur city «HEVEL» (Akmola region), Intumak hydroelectric power station (near the city of Karaganda, with Intumak Bukhar-Zhyrau district), SES Saran (located in Saran, Karaganda region), Ereymentau «First WES» (located 3 km from Ereymentau, Akmola region), as well as the Astana EXPO (Arshalyn district of Akmola region, near the village of Kostomar). In addition to such a large number of visiting objects, the expedition had the opportunity to become a guest at Nazarbayev University, where the participants visited the RE Polygon and the experimental site of Nazarbayev University, as well as the zero-energy mosque «Flower of the Most High» in Nur-Sultan. 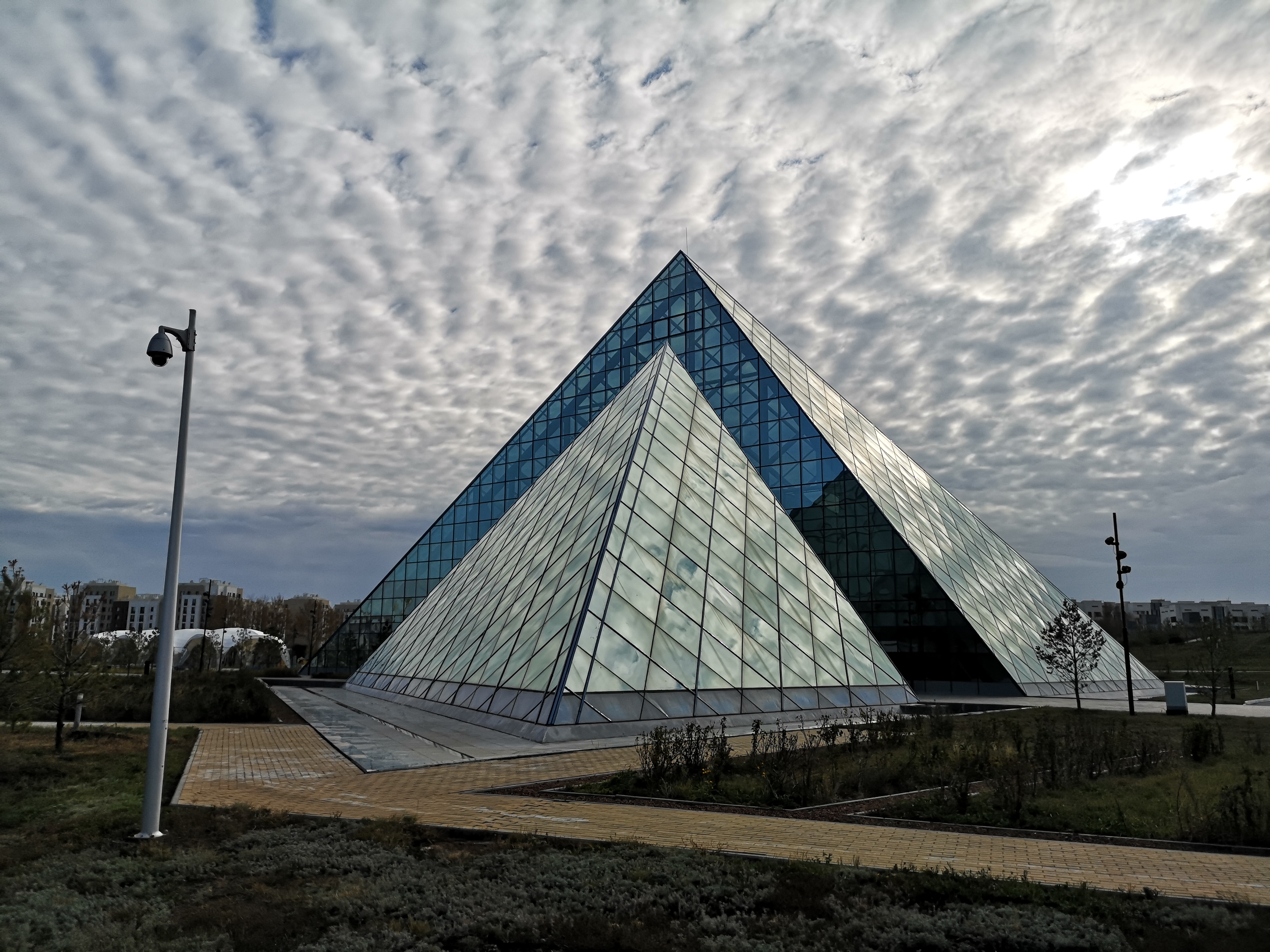 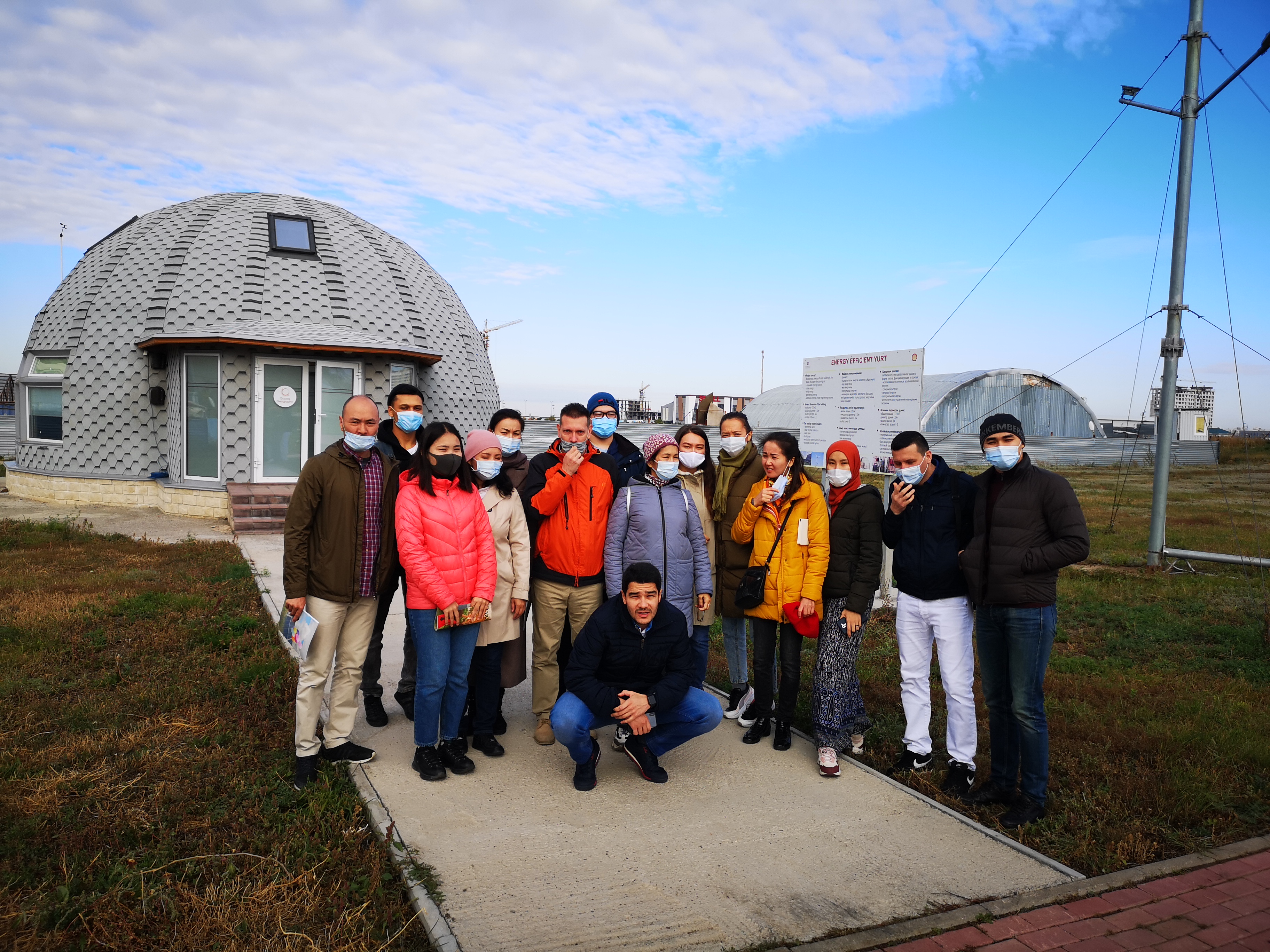 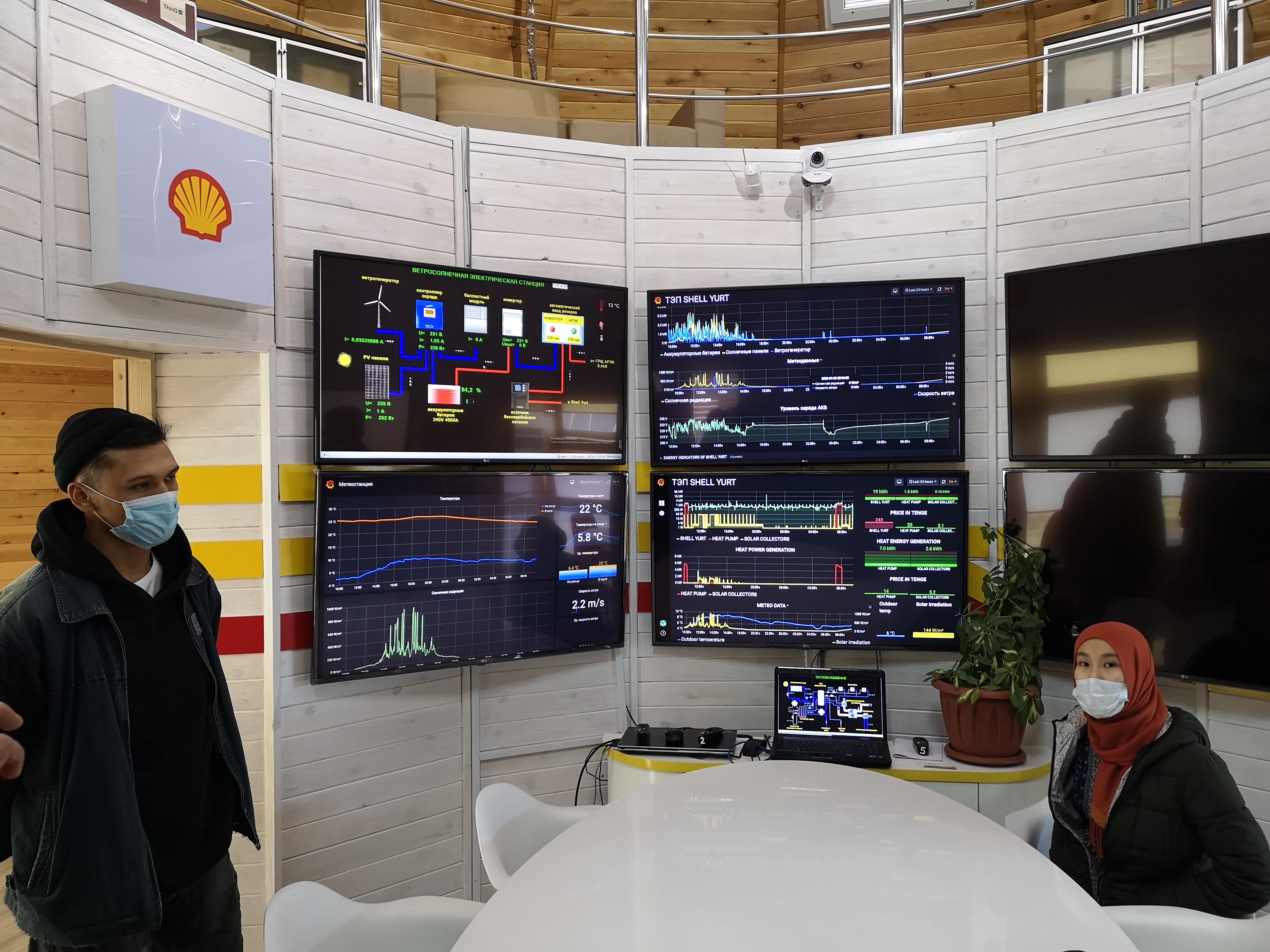 Here is the comment of the trip participant Aizada Ismailova, Nur-Sultan: «It was just incredible! A million impressions and a million emotions. We drove half the country. We were in the South and in the North. At solar, wind and hydroelectric power stations! Talked with engineers and managers. A separate delight is that a cool team has gathered! It was fun, easy and interesting! I want to express my great gratitude to DKU Natural Resources Institute and all the organizers for the unique opportunity!».

The final online Round Table was held on September 29, 2020. The theme of this Round Table was «The role of business and research/innovation centers in the development of the renewable energy sector.» This time, participants had a unique opportunity to discuss their issues with representatives of such organizations as the Kazakhstan Solar Energy Association, the Green Finance Center (GFC) at the Astana International Financial Center (AIFC), SES Saran, which was presented by the General Director of the facility Yevgeny Grebennikov, as well as representatives of Nazarbayev University and Kazakh Energy Research Institute named after Chokin.

In addition to all the discussions at the round table on September 29, the results of the trip from each participant were presented in the form of an outline of cases of best practices in the use of renewable energy sources, which will be published in the scientific collection of the Kazakh-German University.

But conducting an expedition to renewable energy facilities and round tables is only part of the project's activities. Ahead is the creation of a film about the expedition by the trip’s participants and the preparation of cases with best practices describing the visited objects.

It is necessary to note a very significant contribution to the organization of this trip and round tables, which were made by Ainur Sospanova, head of the Department of renewable energy, the Ministry of Energy of Kazakhstan, Nurlan Kapenov, general director of the Kazakhstan Solar Energy Association, as well as employees of these organizations.

We express our sincere gratitude to the management, chief engineers and other employees of the RES stations and facilities, who devoted their time, as well as told and showed in detail to the expedition participants.

Nevertheless, the main result of the educational Renewable Energy Trip 2020 was the unlimited inspiration of the expedition participants in the renewable energy sphere and the objects visited, their device and control process. This led to a general decision to continue collective work on the creation of a film about the expedition and the results of each of the participants. We are very pleased with this response of the participants and the desire to continue joint work on the project!

It remains to wish the participants good luck in achieving their goals and, of course, to assure them of our support and assistance in further teamwork on this project!