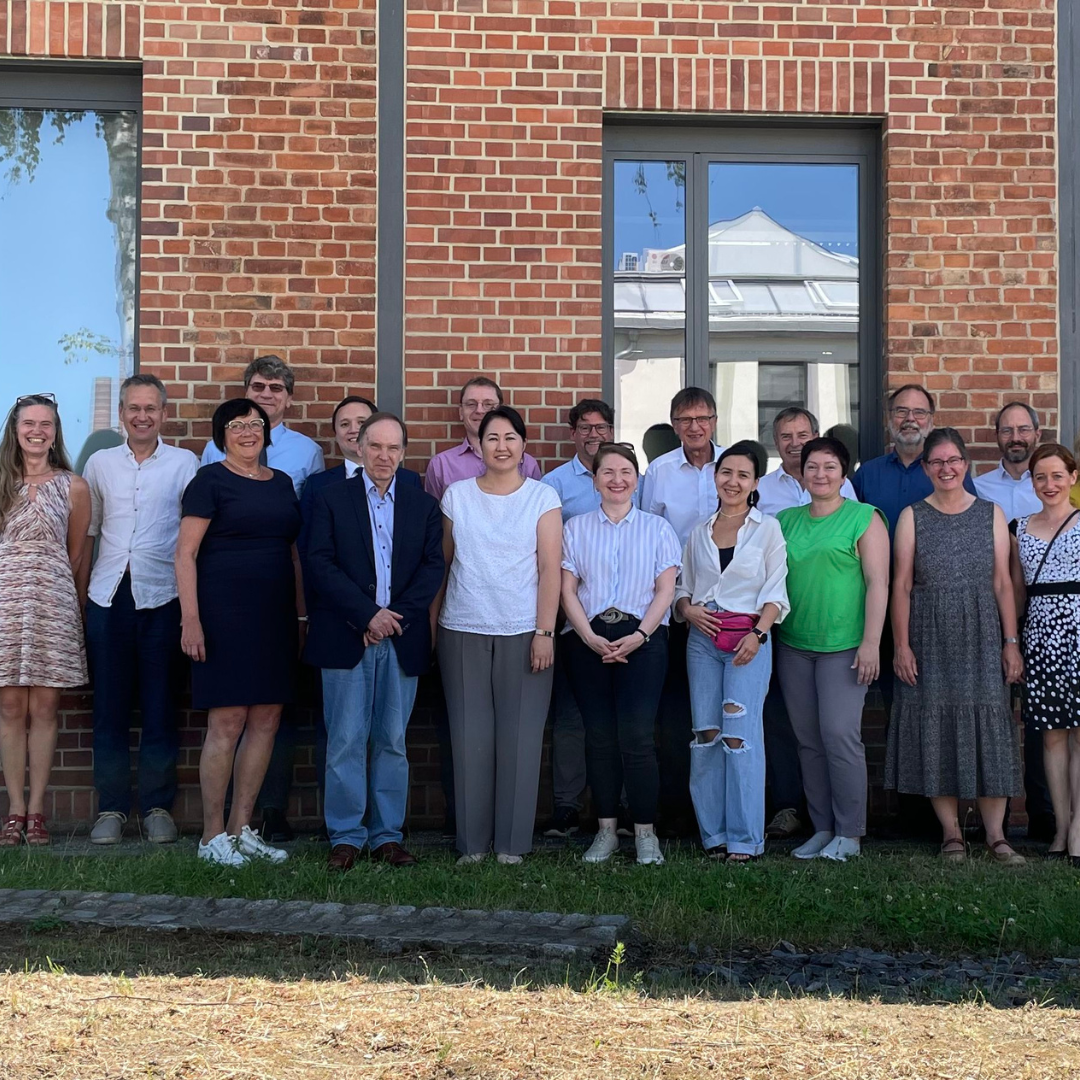 On June 23 and 24, 2022, a seminar on the DKU project was held at the Technical University of Wildau. Among the participants were representatives of the Embassy of Kazakhstan, consortium universities, DAAD, the leadership of the Kazakh-German University (DKU) and project offices in Almaty and Schmalkalden.

This was followed by two blocks of reports on current events around DKU and the project — current projects, scholarships, Flying Faculty, events, student projects, etc.

Then Professor Dr. Rommel presented his thoughts and approaches to the topic of curriculum development. He discussed the planned changes in the range of courses offered and cooperation with German partner universities. This was followed by a presentation of the results of the graduate study by Ms. Yakublevich, a graduate student at the Mitvaida University of Applied Sciences.

On the second day of the seminar, the main focus was on the German language at DKU. Ms. Bachurka, Head of the DKU Language Center, presented an analysis of the current situation and approaches to the new language concept. Then, in particular, the problems related to the organization of training and Flying Faculty were discussed.

This was followed by a general meeting of the DKU University Consortium.

Meeting of DAAD scholars in Berlin 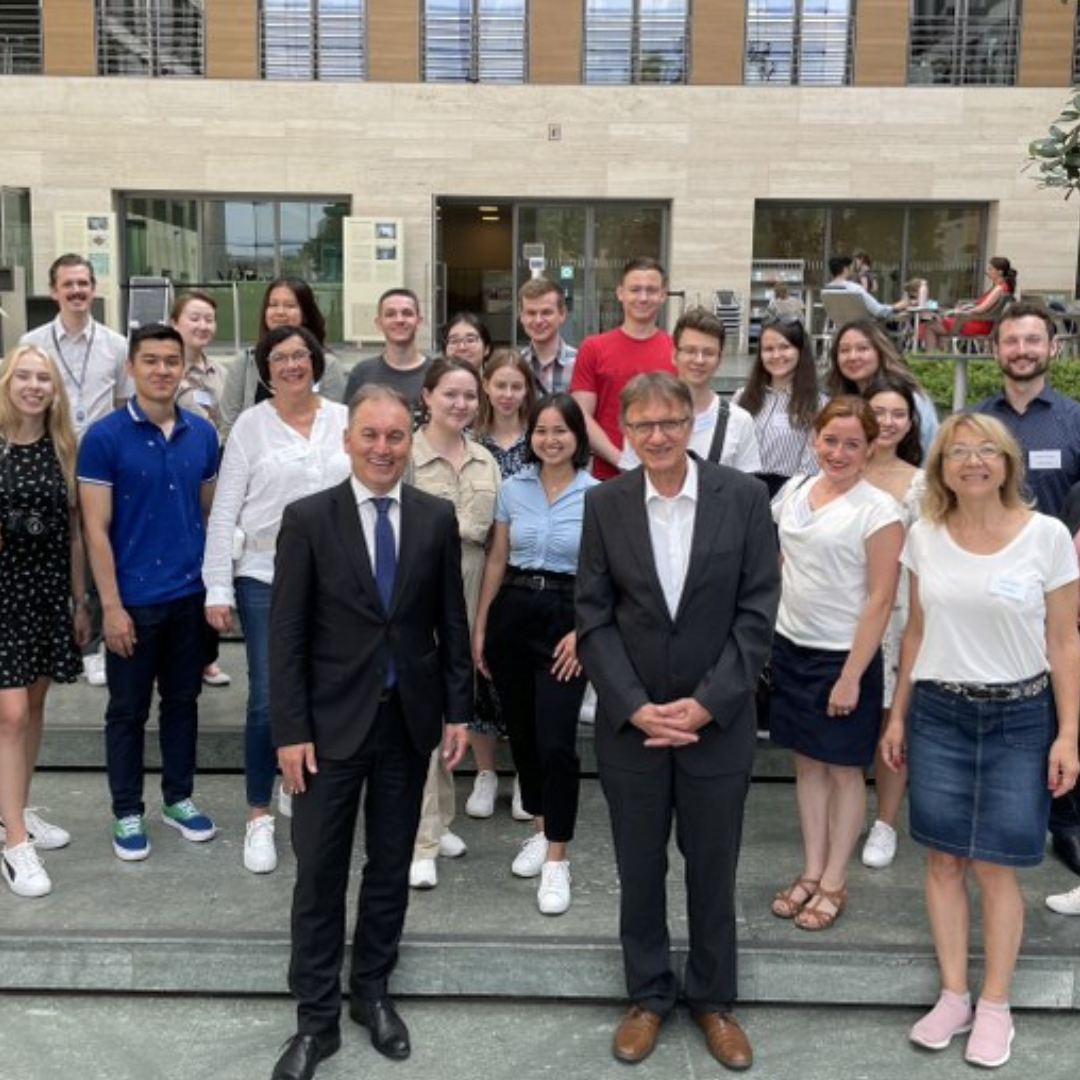 The most successful DKU students have the opportunity to receive a DAAD scholarship and enroll with it in one of the German partner universities (in Hamburg, Kleve, Mitweide, Schmalkalden, Wildau or Zittau) as part of a double degree program. After these students have completed at least one semester in Germany, they are usually invited to a scholarship meeting where they can exchange their experiences and provide valuable information to the project. This event had to be held virtually for the last three years. On June 26 and 27, the meeting was finally able to take place offline in Berlin.

This event began with a visit to the German Bundestag. After that, two students introduced their Kazakh classmates to the topic of student self-government in German universities and student participation in university self-government. After that, there was a discussion about how DKU students organize their work and what skills (basics or elements) can be learned from Germany.

The second day of the event began with an exchange of experience between students and project staff. This was followed by a lecture by Ms. Konrad, Head of the Central Asia Department of the Federal Ministry of Foreign Affairs, on the topic: DKU in the context of 30 years of diplomatic relations between Germany and Kazakhstan. A panel discussion was held with Mr. Sesere, Commissioner for Foreign Science, Education and Research Policy. In addition, the participants visited the exhibition «HORIZON — 30 years of diplomatic relations between Germany and the countries of Central Asia». 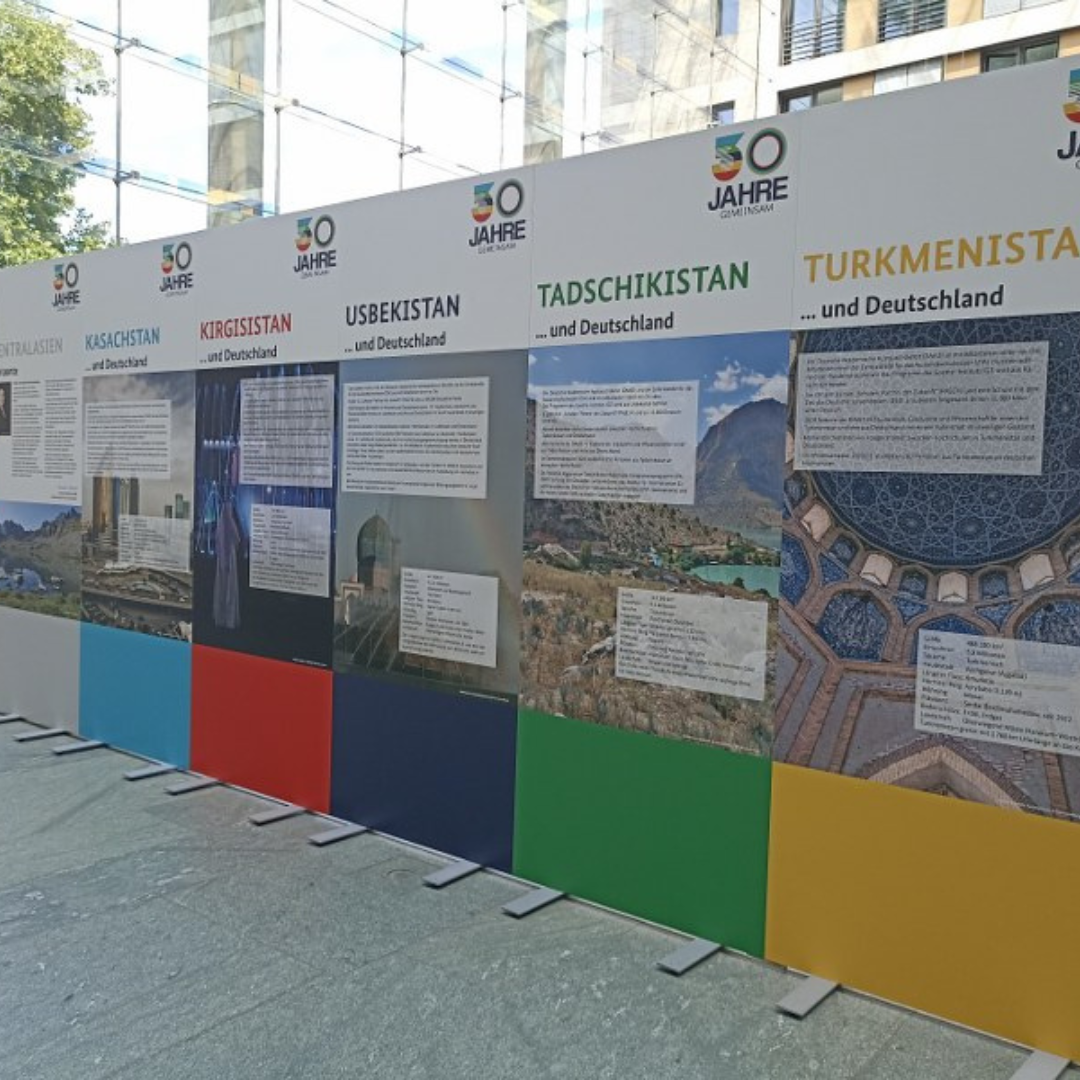 This year marks the anniversary of Germany's bilateral relations with Central Asian countries. On the occasion of the event, the «HORIZON» exhibition can be seen at the Federal Ministry of Foreign Affairs. In the context of the exhibition, the stories of promising cooperation projects are told, which are designed to open up new horizons, especially for young people from Central Asia. DKU is also prominently featured here.

On June 28, a briefing on DKU was held at the DAAD in Berlin. This is a special format that is aimed at employees of the deputies of the Bundestag. Project manager Professor Heller presented DKU and the DAAD project, through which the university is supported. In addition, DAAD scholarship holder and dual degree student Selina Mamitova spoke about her studies at DKU and Schmalkalden University of Applied Sciences.

Freie Universität Berlin has signed an agreement on a consortium for the development of the Kazakh-German University. Now the DKU University Consortium consists of the following seven members:

We are looking forward to the upcoming cooperation. 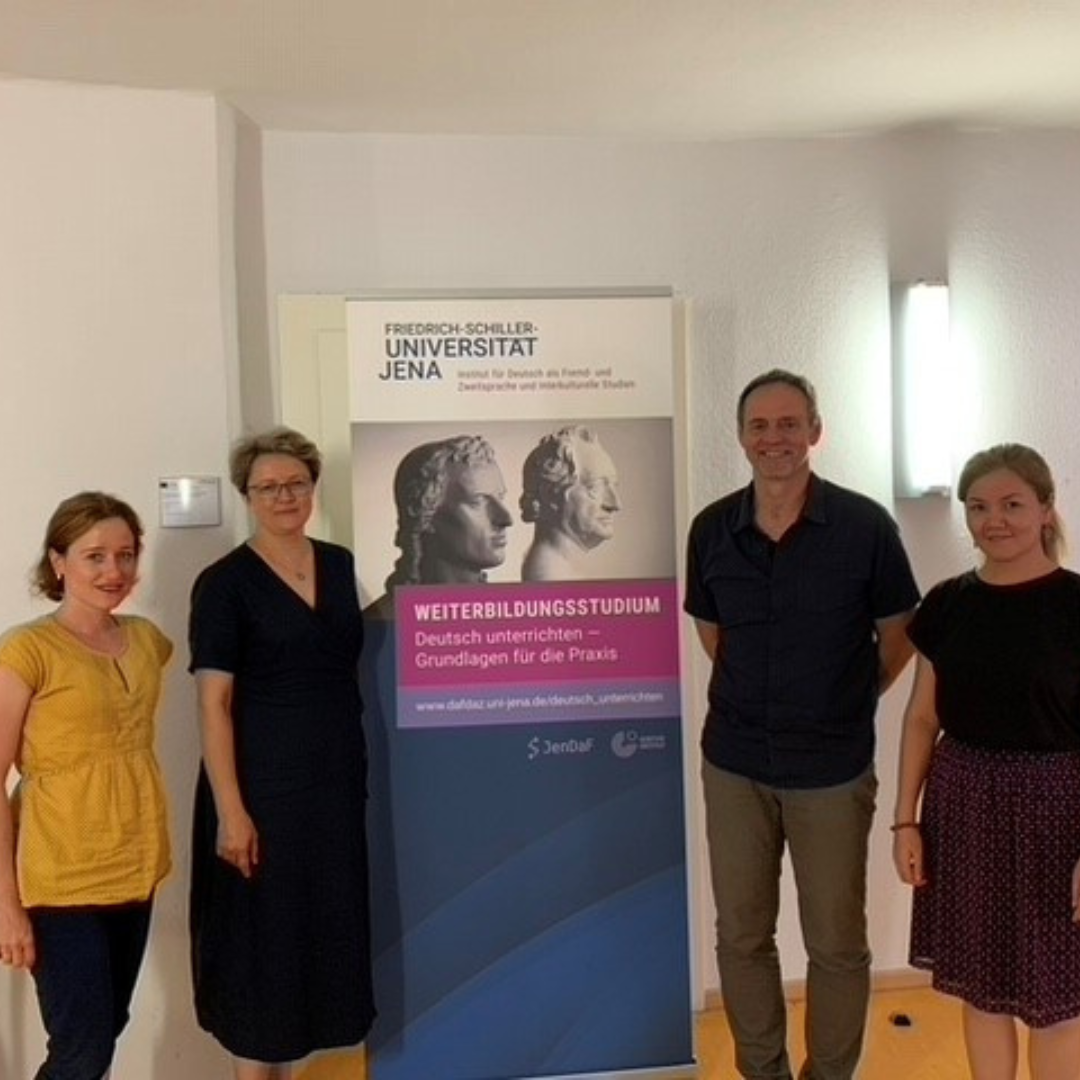 From 20.06. to 01.07. two DKU German teachers went on a guest visit to Friedrich Schiller University in Jena. There they attended German language courses, met with colleagues and took part in seminars of GFL experts. In addition, the teachers took part in the training seminar and can use the received new teaching materials, textbooks and web pages for their lessons. The stay ended with regional excursions to Weimar, Erfurt, Leipzig and Berlin.